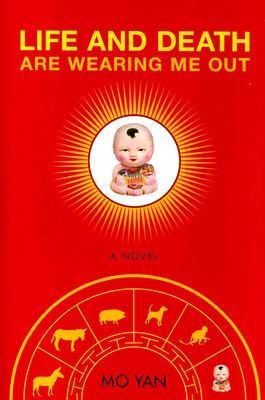 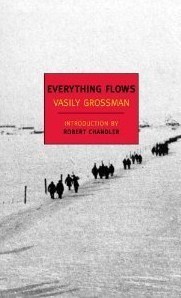 2013 is the year when I discovered Mo Yan- who won the 2012 Nobel prize for literature. (Shifu , You’ll do anything for a laugh, Life and Death are Wearing me out, and Red Sorghum). Red Sorghum, the Nobel winner’s first novel is somewhat a let down compared to the other two later books that were reviewed earlier this year on this blog.

Everything Flows by Vasili Grossman, one of my favourite 20th century authors did not disappoint. It is at least as brilliant, if not more than his longer and more well known Life and Fate, considered to be the War and Peace of the 20th century.

Khrushchev on Khrushchev, a chance discovery at a down town used books sale, was a wonderful find. The first part that dealt with the days of Nikita Khrushchev are well described by his son, Sergei, giving a human touch to a very significant part of the Soviet and world history. The events leading to the secret speech against Stalin and the subsequent overthrow of Nikita Khrushchev by the neo- Stalinist brigade are described from a keen memory that remembered small and significant details all through the intervening decades. The book was published in 1990, towards the end of the Soviet rule.

The mediocrity the of the Stalinist gang that overthrew was well represented by the sullen face of Brezhnev. But, as Nikita Khrushchev on the eve of the coup observed- there had been a fundamental shift in Soviet society by the time he was forced out of office.

I have done the main thing. Relations among us, the style of leadership, has changed drastically. Could anyone have dreamed of telling Stalin that he didn’t suit us anymore, and suggesting that he retire? Not even a wet spot would have remained where we had been standing. Now everything is different. The fear’s gone and we can talk as equals. That’s my contribution. I won’t put up a fight.

The levels to which the administration went to bug the Khrushchevs’ house and movements look both ludicrous and naive-  particularly as the Snowden revelations about the NSA’s snooping were coming out at the time I was reading this book. The Soviets did the same thing – just more clumsily with a primitive technology.

Down and Out in London and Paris by George Orwell was a failed attempt at re- reading a book that I had enjoyed a lot the first time but did not find it to be the same on a second reading.

The Adventures of Amir Hamza, an accidental and interesting find, did not hold much interest after a few pages. I would have liked to read it when I was a teenager, and perhaps in Urdu rather in English in which the language is far too ornate. The long and bulky work is considered to be the Indian equivalent of the Thousand Nights.

I read a lot more online this year but reading on a screen is not the easiest mode for the long form- there is too much of a temptation to read shorter articles.

Unfortunately, these don’t make for an annual review of reading, they are easier on the twitter river on the side bar or the face “book”. Yet, I would like to single out these two review essays (both on contemporary Chinese literature) to end this post:

[Read posts from past years in this series]