I was 16 when two major political events happened: the first was the Indian army’s assault on the Harmandir Sahib, and the second was Mrs. Indira Gandhi’s assassination by two of her security men. Even then, I realized that Mrs. Gandhi’s assassination was historic, so much that one of the only two full editions of newspapers I have saved in my archives is dated November 1, 1984, which published the news of her assassination. The other one is the day that Mikhail Gorbachev was deposed in a coup organized by the hardliners within the Soviet Communist Party.

A perusal of the newspaper datelined a day after Mrs. Gandhi’s assassination makes for an interesting reading, 33 years on. 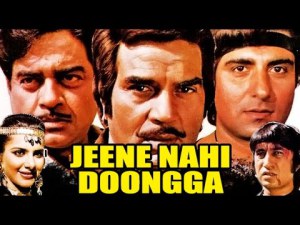 The Tribune’s City edition, which used to be the last one printed in the early hours of the day and carried the latest news stories has a huge capitalized headline on the front page, “Indira Gandhi Shot dead”, followed by three more subtitles, “Rajiv Gandhi takes over as Prime Minister”, “Security men involved in killing” and “5-man Cabinet sworn in”. All of the front page is predictably filled with reports titled “Alert in region”, “World leaders shocked”, “Funeral on Saturday”, “Dastardly act: President”, “Shun violence, says Rajiv”, “12-day state mourning”, “Army alerted”, “Eyewitness accounts”, “Anguish, confusion in Amritsar” and “One killed, many hurt in violence”. It is ironic that the event is now associated less with Mrs. Gandhi herself and more with the violence that followed it.

Except for page 3 that carried local news and the sports page, all other pages are related to the main event that had happened the previous day. Even the main headline on the sports page is related to the assassination. A one-day cricket match between Pakistan and India to be held at Sialkot was abandoned. It was not clear at the time if the ones planned for November 3 in Peshawar and November 5 in Karachi would be held because of the 12-day state mourning. However, the two quarterfinal league matches of the Durand Soccer Tournament went ahead as scheduled as no official announcement regarding the Prime Minister’s death had been made till late afternoon.

President Zia ul Haq condoled the killing and declared a three-day mourning in Pakistan. The Pakistan Embassy refused visas to all those wanting to visit the country. A report titled “It’s fourth killing in subcontinent” listed Liaqat Ali Khan, Mujibur Rehman and Ziaur Rehman as the first three.

The newspaper also tells us that a few years ago she had informed an American interviewer that she liked poetry and had quoted the following lines:

A long report describes her last visit over the past two days to Orissa. It mentions that Peter Ustinov and his crew accompanied her on the trip. Another report mentions that the assassination was filmed by Peter Ustinov’s camera (it turned out to be incorrect).

There is a single-column headlined “Foreign Briefs” that tells us some of the other things that happened around the world that day. Afghan rebels shot down two Soviet helicopters, the prolific romantic novelist Ursula Bloom died at the age of 91 in southern UK, 200 communist rebels raided an army camp in the Philippines, a federal court refused Sri Lankan Tamils from claiming refugee status in West Germany, Iran warned foreigners to leave the country as Iraq might attack vital military and economic targets, and  a 14-year-old black youth was killed when police fired rubber and small bullets on demonstrators in Port Elizabeth, South Africa.

In Chandigarh, 50 farmers belonging to the Kirti Kisan Union were court arrested. According to Jaimal Singh Padda, President of the Union, they violated prohibitory orders promulgated under Section 144. (Jaimal Padda, a Naxalite leader, was later killed by Khalistanis a few years later.)

Charan Singh of the Dalit Mazdoor Kisan Party was quoted as saying that the selection of Mr. Rajiv Gandhi confirmed the apprehension of the people that “democracy is being gradually eroded in the country in order to establish dynastic rule.”

There are advertisements that remind us of the past. There are big ones for “Remington Travelriter”, another one informing readers about 2 new additions to the range of VIP briefcases. I now wonder what happened to briefcases since then and go and look up the VIP website – apparently there are at least seven models that it still sells, down from the 18 that the newspaper advertisement mentions. Another search on “Remington typewriters” brings up a news story from 2011 titled “the world’s last typewriter factory closes in India.”

A boxed advertisement says, “Wanted: Propaganda distributors” – which, it turns out, is not for any political propaganda but for a “quality conscious manufacturer of Ayurvedic in Delhi.”

Politically, there is a significant column by veteran journalist Kuldip Nayar, where he mentions the attempts to reclaim a number of Hindu sites, one of them being the Ayodhya temple which in the early 1990s became a massive nationwide movement led by the Bharatiya Janata Party along with its allies like the Vishwa Hindu Parishad and the Bajrang Dal. The other two sites referred to were the Vishwanath temple in Varanasi and the Krishna temple in Mathura. He does not mention which organizations were planning to “liberate” these religious places, but he does note that Mr. Narasimha Rao, the then Union Home Minister, mentioned that the government was planning to bring a legislation to ban religious processions, at a time when many Congress (I) office bearers of the Lucknow branch of the organization and a few others participated in the “liberation” rally recently organized at Lucknow.

“The Congress (I) is known for running with the hare and hunting with the hound.  Its poll tactics are often meant to create confusion and win over both Hindus and Muslims at the same time.” Ironically, the idiom “running with the hare and hunting with the hound” might as well apply to Nayar himself – a self-proclaimed secularist who nevertheless campaigned for Arun Jaitley in the 2014 general elections. His column concludes after providing anecdotal “evidence” of how Sikhs and Muslims identify themselves primarily by religion and as Indians later. “The point I am trying to make is that the Hindus are developing the feeling that they are being pilloried for constituting the majority community and that when it comes to nationalism they are alone in proclaiming that they are “Indian first and Hindus later.”

The sports page also has advertisements for some of the films running in the cinema that week. There are three: “Aaj ki Awaz”, “Zakhmi Sher”, “Jeene Nahin Doonga” – all three full of angst and rage as the titles suggest – a routine affair in Hindi movies at the time.

Titles like “Zakhmi Sher” (“The Wounded Tiger”) and “Jeene Nahin Doonga” (“I will not let you live”) summed up the key political developments and the mood of the country on that day – indeed, the subsequent many years. They continue to do so. October 31, 1984 perhaps never ended. Nor did August 15, 1947, remembered as much for the Partition and associated bloodshed, as for India’s independence. India’s partitions are as persistent as its ethos of revenge – “I will not let you live” – and its wounded masculinity.